Dogs Who Have Served in the Military

In honor of Memorial Day, we want to showcase a few of the many pups that have served our country. The US Department of Defense has an entire webpage dedicated to these four-legged fighters and states that “about 1,600 military working dogs help to keep the nation safe."

Stubby, who served in World War I, was the first dog to ever receive a rank! He received the rank of sergeant from the US armed forces for his many heroics. Serving in 17 battles, Stubby would alert soldiers to gas attacks as well as many other helpful tasks. Fun fact, he could even salute with his right paw! 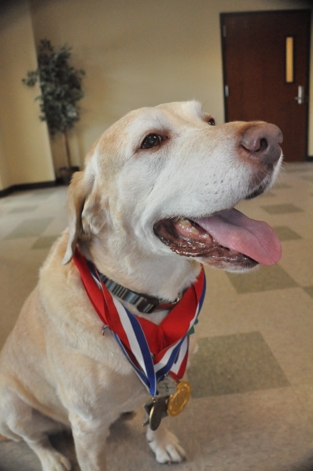 Gabe, who was a rescue puppy, was one pup who served in Operation Iraqi Freedom. Gabe and his nose were responsible for sniffing out over two dozen explosives and other weapons. After completing his service, Gabe continued to serve his country by visiting kids and wounded soldiers in hospitals. He even won Hero Dog of 2012 from The American Humane organization! 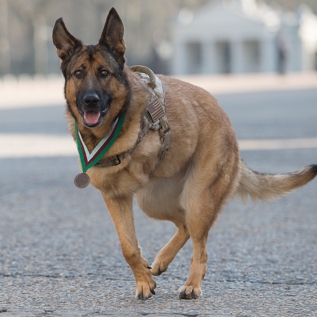 Lucca is truly a hero; during her six years as a Marine Corps explosives detection dog not one Marine was injured while following her on 1 of her almost 400 patrols. On these hundreds of patrols, Lucca was able to identify around 40 explosive devices. However, Lucca did become injured on one of these patrols when she found an IED and another one exploded. Lucca had to have her left front leg amputated but survived due to the quick nature of her handler. She adapted quickly to life with three legs and also received the Dickin Medal for animal valor!

Thank you to all the amazing dogs that have served and protected our country. To learn more about military pups, click here! From serving on the front lines to providing therapy for veterans, dogs have been and will continue to be integral parts of the United States and our safety. This Memorial Day, we honor those who served and gave their lives.